Deep chest pain, breathlessness, nausea, weak. These are symptoms that should make anybody run to A&E. Nonetheless, I did not. At least, not till having gone first through two sleepless nights. Here’s my tale of how I discovered I had pleurisy.

It all started on Dec/23. I had done a nice 55km indoor ride on the KICKR, ending up 2nd on the rankings at Cycleops and Strava, putting in an average of 278w for over 90 minutes. Given that I had just come out of recovering from a cold, the ride felt good. By the time I went to sleep, I could feel pain inside my thorax. I thought it could be some gas, and just went to sleep. In the morning, I woke up feeling much better and spent the day with the children at the local pool and then cooking our traditional Christmas Eve dinner. Once the evening came, the pain in the chest came back, to the point of making me nausea and almost like passing out.

The chest pain was so deep that it prevented me from breathing deeply. I was taking short, frequent breaths to avoid the stabbing. My heart was also not liking it. I was feeling nausea and almost vomitted. I decided to go to sleep. Only to realize that laying down just made the pain much worse.

At this point, I started considering all options. The obvious one was a heart attack, but I ruled out given that I have had an EKG recently done and the results showed I was in excellent shape. A search on the web did not give me any confidence. The range of other options was wide, from being just a pulled muscle, to pulmonary embolism, collapsed lung, pneumothorax and pleurisy.

After much search on the web, and taking a couple of Ibuprofen pills, I finally managed to fall asleep for an hour or so, in a sitting position. The rest of the night was just a nightmare. In the morning, I was feeling slightly better, so I quickly settled that it was a pulled muscle. But over the day, the symptoms came back. Not only that, my blood pulse was high (compared to my normal range), my heart rate was high, and eventually I was having tachycardia. 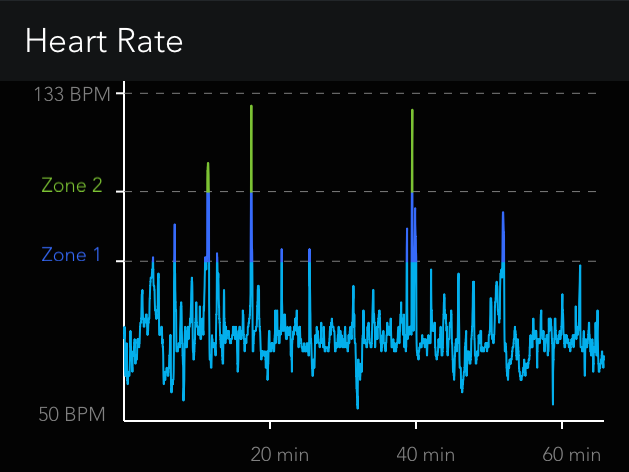 Things did not look good.

I went to sleep on the night of Christmas Day with severe chest pain. After another sleepless night, Reeta finally convinced me to do the sensible and call NHS 111. As soon as I called, the operator asked me to go within the hour to A&E. Oh dear, who wants to go to a hospital’s emergency room on Boxing Day. I prepared myself for long queues, and we headed to the hospital. To our surprise, and despite an announced 1 hour 28 minutes expected waiting time, I got treated almost straight away (kudos to the staff at the A&E Department in the NHS Princess Hospital in Pembury, Tunbridge Wells).

Hospitals follow a certain procedure for cases like this one, in order to walk through the diagnosis process, evaluate symptoms, and rule out possibility after possibility. It was the first time I was exposed first hand to differential diagnosis (yes, the kind you watch at House MD). In my case, the differential went as follows:

So after 10 hours of tests, the resulting diagnosis was pleurisy (aka pleuritis). Pleurisy is an inflammation of the pleurea, the tissue or lining that protects the lungs. The inflammation can be bacterial or viral, and since my tests had not shown any bacterial infection, the doctor happily called it “viral”. This is upsetting since viral is a catch-all for unknown causes. The good news in any case is that whatever I had was not a heart condition or pulmonary failure.

Luckily, the treatment for pleurisy is easy, Ibuprofen as an anti-inflammatory. By the way, think twice before accepting a codeine-based pain killer and/or anti-inflammatory, such as vicodine. It will take weeks to get this out of your body, and it will impact your training for a while. Only go this route once you are aware of the consequences and are able to make the trade-offs.

Once thing about pleurisy is that a proper recovery is critical. An improper recovery implies, risk of chronic damage to the lungs’s lining, having a bad lung for the rest of your life and possibly even impacting the heart muscle. Some light exercise is actually okay, such as long walks or very slow rides, as long as you do not force the lungs and never ever feel breathless. That means keeping your heart rate in Zone-1 or Zone-2 in order to avoid higher respiration rates. Pain will slowly ease out and eventually you’ll be able to breath in normally.

I am still concerned that I will never know why this happened, given the “viral” tag the hospital gave to the diagnosis. Is the root cause really viral, or could it be exercise induced? How does training, if in any way, affect the inflammation? Do flights, especially long-haul, have an impact? It’s hard to tell. All I know is that for the next week or so I will not be training.